The Rat Pack: Kings of Cool

Join us in-person Monday afternoons to learn about the lasting allure and influence of showbiz's most exclusive fraternity.

To ensure everyone’s comfort and health safety, we strongly recommend that patrons attending in person Adult Daytime programs wear a mask that covers the nose, mouth and chin during their visit to the JCC. All Adult Daytime staff will be masked.

They had elegance, panache, and an allure of recklessness. They chain-smoked, drank martinis, gambled, womanized, spoke their own slang, cavorted with crime bosses and politicians, and said and did as they pleased. An improvised supergroup of musical and comic entertainers, they dominated 1950s and 60s music, television and film, and ruled Las Vegas and Hollywood. They were showbiz’s coolest and most exclusive fraternity, and the original bad boys. They were… The Rat Pack.

October 24  Frank Sinatra, Chairman of the Board

Jordan Klapman is a pianist, bandleader, music director, recording producer, and popular music educator. Since 1977, he has specialized in the performance of 20th century popular music, including ragtime, traditional jazz, Dixieland, 1920s/30s salon music, Big Band, The Great American Songbook, Broadway, and klezmer. He can be heard in music festivals, jazz clubs, concert halls, and theatres across Canada and beyond. Jordan has appeared at Roy Thomson Hall, Koerner Hall, Birdland in New York City, on CBC Radio and television, and as a radio show co-host on JazzFM with the late Jeff Healey. Jordan teaches courses on the appreciation of 20th century popular music at many adult education institutions, synagogues and Jewish organizations across the city, including of course, at the Miles Nadal JCC, where he is always a crowd favourite. MNjcc lectures have included Crazy Rhythm: The Music of the Jazz Age; Hollywood’s Oscar-Winning Songs; Fascinating Rhythms: The Gershwin Brothers and He’s the Top: The Sophisticated Songs of Cole Porter. Virtually, Jordan has brought us You’ve Got a Friend: The Hits of Carole King, as well as lecture series Broadway’s Legendary Jewish Composers; Broadway Dream Teams: The Best Jewish Songwriting Partnerships; and Roots, Rhythm, and Resilience: Musical Intersections of Black and Jewish Diasporas. We are very pleased to welcome Jordan back in-person at the Miles Nadal JCC this fall! For more information, visit http://www.jordanklapman.com/ 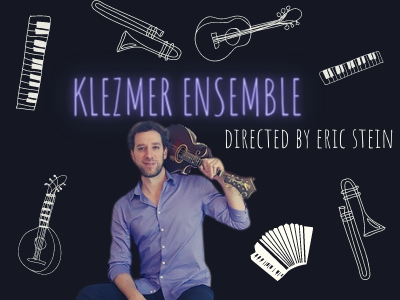 Fall 2022 marks 60 years since the Cuban Missile Crisis and the release of the Cold War psychological thriller The Manchurian Candidate. This five-part series explores this volatile and fractured time in film history.
Learn More

Learn how you can safely make the Hanukkah treat at home, because a donut is exponentially better when it’s fresh.
Learn More