The J Presents Lecture Series will introduce members to fresh perspectives on media, entertainment and more with outstanding speakers.

The J Presents is a brand-new program sparking curiosity and deep discussion for a community of lifelong learning at the J. The J Presents Lecture Series will introduce members to fresh perspectives on media, entertainment and more with outstanding speakers.

Each J Presents Session includes an hour-long lecture from one of our esteemed guest speakers, and opportunity for a question-and-answer period with the lecturer, and the chance to socialize and meet new friends.
*Light refreshments will be served

J Members use code JPresents at Checkout for Member Pricing on registration for this lecture series.

Jack Newman: Jewish Comedians & Canadian Comedy October 27, Nov 3 & 10 from 10:30 AM to 12 PM
In this series Jack Newman will introduce us to Jewish Comedians and Canadian Comedy. Jewish Comedians: surveying the early American comedians, that began as immigrants to New York at the turn of the Twentieth Century, who went on to create early television and some who went out west to build Hollywood.
Canadian Comedy began on stage and on radio with travelling humourists such as The Dumbells. Early radio trained Wayne and Shuster who went on to fame with literate humour. Television developed world class comedians, influenced by French and English literary traditions.

David Sax: The Future is Analog: How to Create a More Human World November 24, 2022 from 10:30 AM to 12 PM
In this lecture launching his new book ‘The Future is Analog’, David Sax explores how we can return to the heart of technology to create a more human future where digital progress serves us first and foremost. As David argues in this insightful book, the digital world, and experience of the isolation during the pandemic opened our eyes to the fact that experiences do not need to be purely digital. This lecture will suggest that the path to a healthy future lies not with convenience, but with community, not with technology, but with humanity. The Day I Met Hitler

Award-winning filmmaker, Ronen Israelski, the son of a Holocaust survivor, embarked on a journey to find the last living people in the world who met Hitler.
Learn More The plight of the Kurdish people living under Syrian rule is highlighted with a satiric edge in Mano Khalil’s masterful autobiographical film.
Learn More 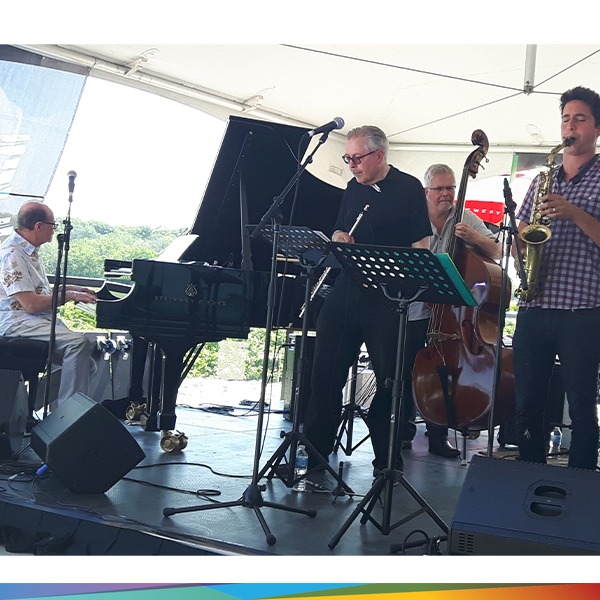